Famous Midwest Mine For Sale 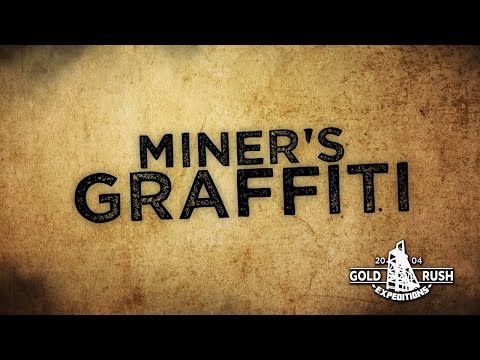 Updated, we have done extensive research on this site and found documentation that ties back to an 1890s discovery. There are notes of well over 8000′ of workings with the Midwest Tunnel acting as a portal to these workings. With this information and documentation, this may qualify as the largest unpatented property in the district. This is a gold and silver mine and has produced consistently while open.

The mine closed in 1965-6 when Colorado Fuel and Oil changed directions, moving out of mining properties. The claimant of the time intended to work the property with his brother, but tragedy struck as his brother was killed in a nearby mine. Disheartened, the bulkhead doors were shut and the mine was closed to allow for a period of mourning. The intent was for the mine to re-open. However, that never happened. While the mine remain sealed for the next 40-50 years, the EPA decided to remove all of the tailings from the workings. There was nothing to incite this except for a federal agency with too much money and too little oversight. The result is what you see today. A large mine that shows nearly no tailings at all.

The mine is documented as having assayed samples of over 6 ounces gold to the ton. In addition to being an exceptionally rich, and large mine underground, this claim covers a host of historic buildings that are in excellent condition. Creede boasts a great historical society and I’m sure they would be happy to help out any efforts to revitalize a mine in this epic district. A steep and well graded road runs north out of Creede, and is signed as the Bachelor Loop Road. At about 10800ft. after passing numerous old mining artifacts, and approximately ¾ of a mile up the road, we arrive at the Midwest Mine. The site was reclaimed in 2004. All pre-existing tailings have been removed and capped. There is a grass field planted where the tailings used to be. It doesn’t look natural and definitely distracts from the historical flavor of the area. This is a wetland, nasty area full of mosquitoes, even when cold. That said, the buildings have been well preserved and while the entrance to the mine requires a dig out, the rest of the site is relatively intact. Just don’t expect to be digging up any bottles or relics. The Surveyors reported the discovery of a small creek that runs just below the mine.

With that in mind, this is one of the most impressive claims you will ever see in the area. The mine is a massive intrusion that was, according to documentation, cut in on a wide vein of gold. This was in the lower workings, which reportedly connect with the upper workings. These drifts working the top and bottom of the vein. On the claim, at the main camp, there are three buildings and one outhouse. We found a 20’x40’ separating building. This is the Main building that the track runs into. The building is very stable, wood construction with corrugated steel exterior. Inside the building the windows are boarded up, and there are thousands of boxes of core samples. There are two separated rooms; one contains an era correct refrigerator. The core samples are stacked 2 to 4 feet deep in the building and the floor cannot be seen. It would be simple to secure the doors and this building.

We also found a smaller home type building that has a main room and a side room. Approximately 12’ x 10’ in size. This building is also in great shape, estimated build time is 1940s, judging by the door, floor and wall construction and materials. This building is also secure, with boarded up windows and working doors. This would be simple to secure as well. The building is full of Core Samples, similar to the other buildings. At least 3000 core samples, some still in boxes. The last building appears to be a workshop of some sort. The door is loose and would need work to secure. Approximately 1960s era construction. It has a few hundred core samples in it.

All of the buildings have been reinforced with corrugated steel and are open and accessible, all in excellent condition. In addition to the buildings there is an outhouse near the existing rail line. This is original and likely 1910-1920s construction. It has not been molested and is not “dug out”.

There is a sign, noting a brief, if uncomplimentary history of the site. The main goal of the sign is to boast at the feat of how the EPA, along with the Colorado division of Reclamation removed all of the historic tailings and resurfaced the area. Basically destroying the historical landscape and violating the context for the sake of spending a few dollars on a mine that was causing no issues. It is disconcerting to not be able to examine any tailings, as the history of the mine indicates it is over 8000 linear feet of drifts and stoping intercepting gold and silver deposits. This sign also verifies a depth of 2500 feet (minimum).

There is a 1960s construction; wooden entrance 15–20 feet long over the mine portal, the back-filled dirt does not come out of this wooden cover. From the portal there is a length of track extruding almost 25 feet before it splits, continuing both south and east. The Eastern leg of the track runs to the edge of where the tailings used to be. Assumption is this was completely waste tailings. The other leg of the track runs out and into another building. Also 1960s construction. Likely for shipping of the high grade ore. There is extensive area for staging on site

It’s believed the adit of the Midwest Mine was started at least by 1911. Also known as the Colewood Tunnel, it was driven about 60 to 90 feet from 1920 to 1926, and the portal was by the site of the present-day ventilation shaft. For most of the 20s, the tunnel was owned by Elwood and Pearl Neff. The Midwest Mining Company, a company from Illinois, took over the Colewood Tunnel, and worked it the tunnel for more than 1,000′. Before they went out of business in 1929 they left about 5,000 tons of tailings and had driven the tunnel to be 1,100′ long.

By 1941, the mine was part of the Gateway claims, which was staked by E.J. Dabney and John Van Buskirk. During 1945 to 1958, the mine was ownedby and operated by John Van Buskirk, Verne Miller, and Emmett Dabney. In 1950, an ore zone of 60′ above the tunnel on a 70 degree incline, and 700′ feet from the portal, was stoped. The ore wasn’t mined. The soft gouge vein was continually caved and removed. It’s reported that 50 tons of this material, the most mineralized rock extracted from the mine, was burried in the tailings between the ventilation shaft and the outhouse.

From 1958 to 1968, John JAckson owned and operated the mine. In ’68, two employees attempted to reopen the mine, and found the New Midwest Mining Company, aka Gateway Access Corporation. During 1969, they did some exploratory mining and drove 176′ crosscut from the main 1,750′ tunnel. In 1970, exploration continued for another 1,000′. A rig was set up to drill 750′ long angled hole from the surface to test the vein 300′ below the surface, which revealed soft vein material that was difficult to recover. Another drill hole, 1,000′ deep, hit a breccia zone cemented with galena and sphalerite. During the exploration, core was extracted by Houston Oil and Minerals, CF&I, and Minerals Engineering Company. By 1972, a new adit with rails was driven by the Gateway Access Corporation for about 2,500′ and paralled the vein of the old adit for about 1,200′ with two crosscuts drivent to intersect and test the vein. A lot of the waste rock from the new adit was used by the county as road fill material.

In the late ’70s, Houston Oil and Minerals did some further drilling about half a mile north of the portal. Between the late ’70s and 1998, Sutton Resources and Homestake Mining did assment work at the site. By 1982, geophysics and drilling confirmed vein extensions and discovered additional, previously unknown veins. Sometime before the company disolved 1998, Japhne and Company of Denver owned the Gateway claims, including the mine.

The main adit on the claim is the newer (1960s) Midwest Tunnel. The Midwest Tunnel was punched in to intercept just below the rich lodes that had been discovered in the early 1900s. Another miner had tried to clear the original workings in 1945, but was unsuccessful. These old workings are on the claim, but are collapsed but not from natural means. The Midwest was sunk to intercept these rich workings. And intercept they did, the records show the hit dead on the lode and worked samples out of some of the old workings. This is the primary adit of interest on the claim with a reported large steel bulkhead that kept intruders out since 1970s. The adit is backfilled with an estimated 15ft of dirt in front of the bulkhead. It would take very little work to reopen the mine. A few guys with shovels and a wheelbarrow could accomplish it. GRE is available to open the entrance for the new claim owner at a greatly discounted rate. Please inquire if you would like to make use of this service.

The historic sign denotes a minimum of 2500 ft. of workings, but historical documents indicate it is closer to 8000 ft. The mine was noted for silver deposits but also for significant gold in veins and faults. The claim owner should expect multiple levels, interconnected with winzes and many, many stopes. There are some samples of pure native silver and stringer gold from the Midwest Mine at a rock shop in Denver. These were collected in 1968 by Colorado Fuel and Iron Corp. The site is on the historic loop road and anyone working the site should expect some tourist traffic.

Contact: Gold Rush Expeditions
Use code JRM1003 for a 10% discount.

Mining Investment In BC Sunrise is a B.C. Gold...